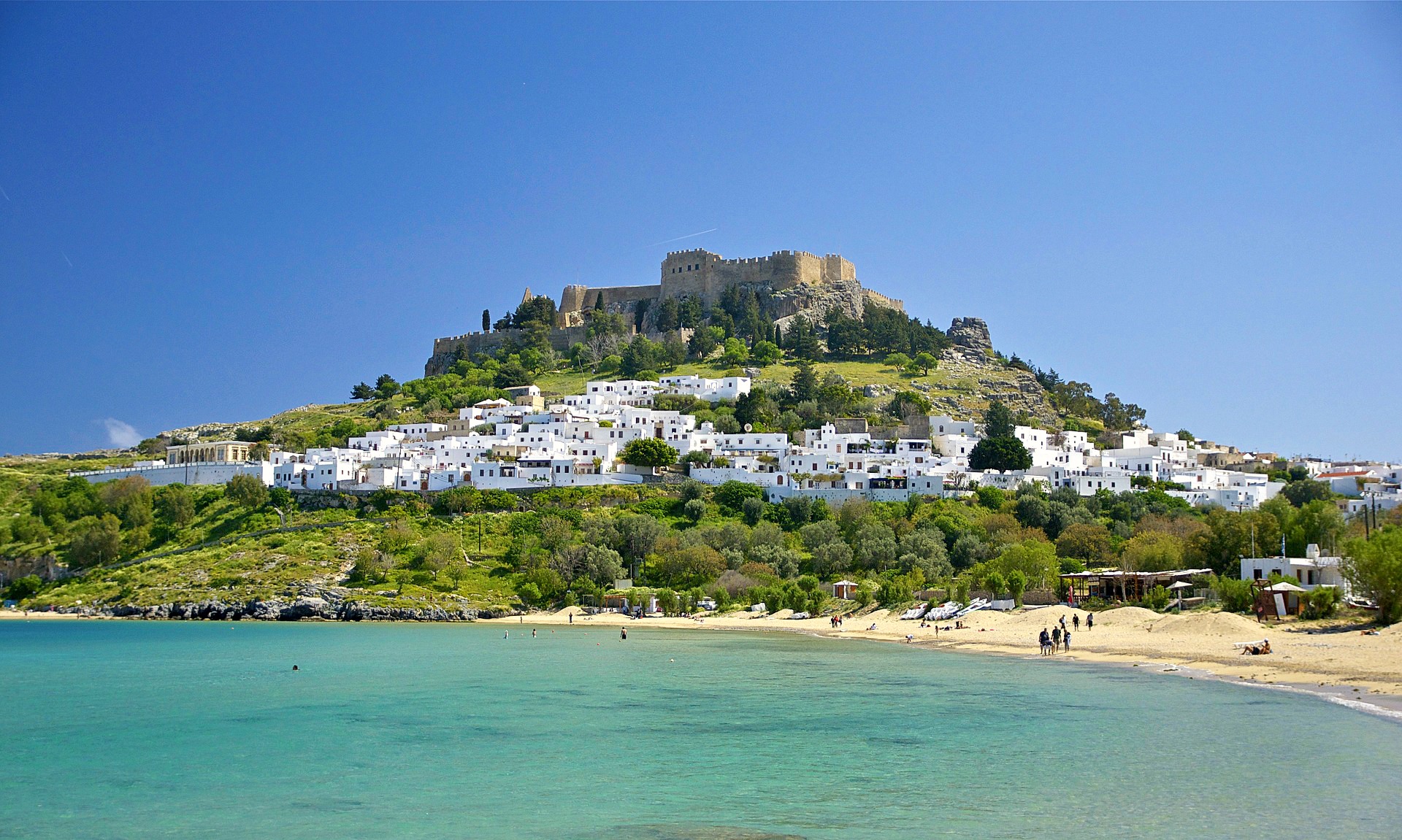 On the southeast coast of Rhodes, fifty-five kilometers from the city of Rhodes lies the picturesque village of Lindos It is famous for its narrow cobbled streets and white houses. The houses having floors and patios paved with ornate designs from pebbles (chochlakaki), painted ceilings, sofrades and walls adorned with brightly colored plates is one of the reasons why this village has been declared a landmark.

Worth visiting are the Captain’s Houses with their high walls and vaulted entrances (pyliones), coats of arms and heavy wooden doors, which were built during the period from the 16th to the 18th century, the Church of Our Lady of Lindos with studding frescoes of the 15th century in the village center, the Tomb of Kleovoulou a building of the 6th century which is in fact the tomb of a wealthy family of Lindos and the grave of the “Archokrateion” from the Hellenistic period. Of all the Captain’s houses the only one you are able to visit is the house of Captain Papakonstantis.

Standing on a the top of a one hundred and sixteen meter high cliff is the Acropolis of Lindos with the Temple of Athena Lindia from the 4th century, the Propylaea [gates], the great Hellenistic Stoa and The Byzantine church of Saint John which was the governor of the Knights quarters. There is a second century BC carving at the base of the cliff.