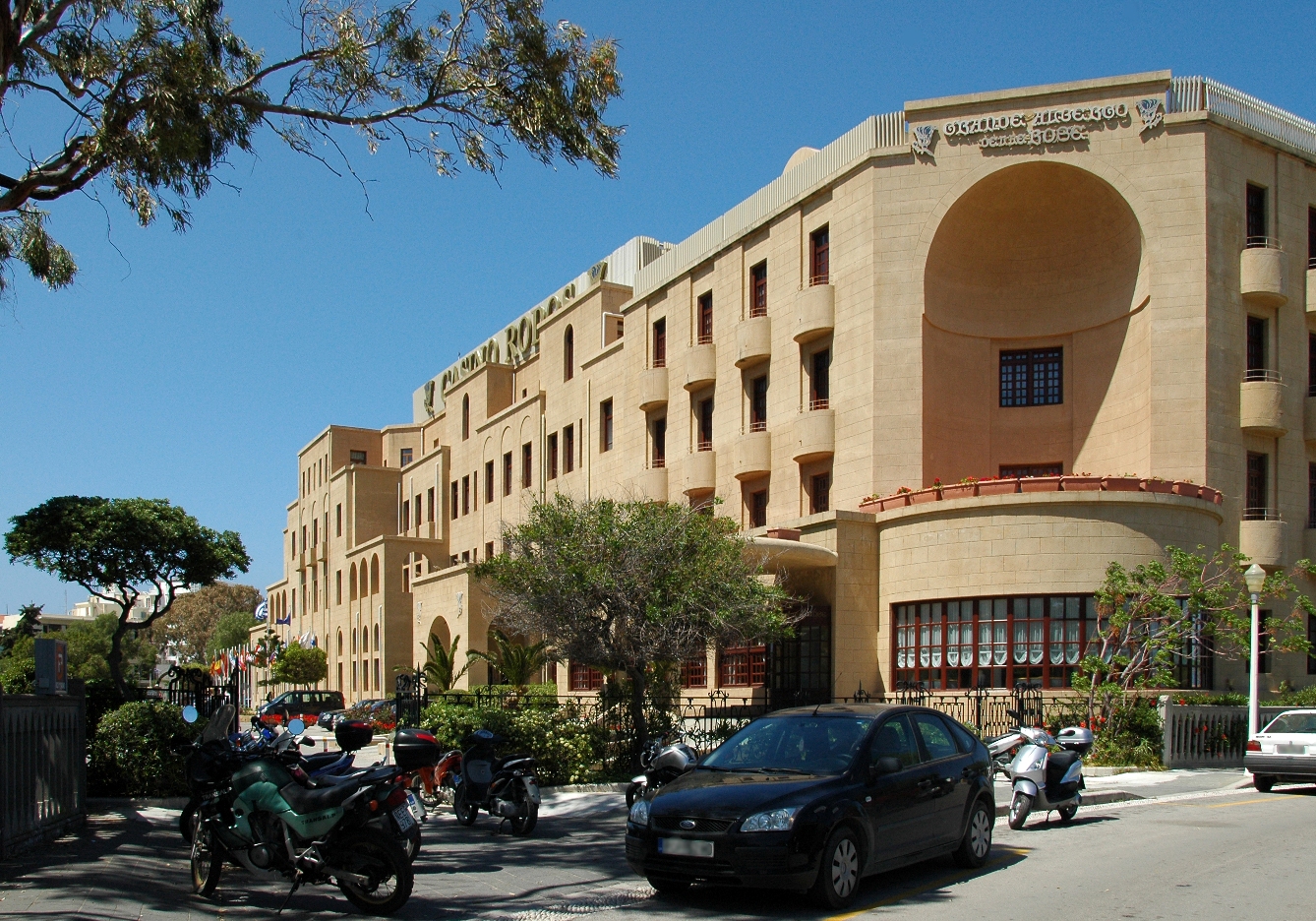 Built during the Italian occupation when the Governor of the Dodecanese was Mario Lago. It is of architectural interest as it is a combination of Byzantine, Arab Ottoman and Venetian lines. The construction started on March 26th 1925, and on May 24th 1927, the inauguration took place in the presence of local authorities and important personalities from Italy and Egypt.

It had elegant furniture from the most famous houses of the era, the latest machinery, facilities and services that other world class hotels did not have. In 1929 the casino opened attracting many visitors. When on November 22nd 1936, the newly appointed Governor of the Dodecanese, Cesare Maria de Vecchi Conte di Val Gismon renovated it with a simpler style. It soon became a place of hospitality, accommodating large groups of jet-setters and celebrities of the era, as well as important historical events such as the signing of the Treaty establishing the State of Israel in 1948. After the incorporation of the Dodecanese to Greece, the hotel of the Roses became the property of the Greek State and the September 1955 administration of the company was “Astir SA”. Soon after it was passed to the city of Rhodes and in the mid 1970’s it stopped working until it was reopened by the company “Casino Inc” on April 2nd 1999 and continues its illustrious career in tourism.