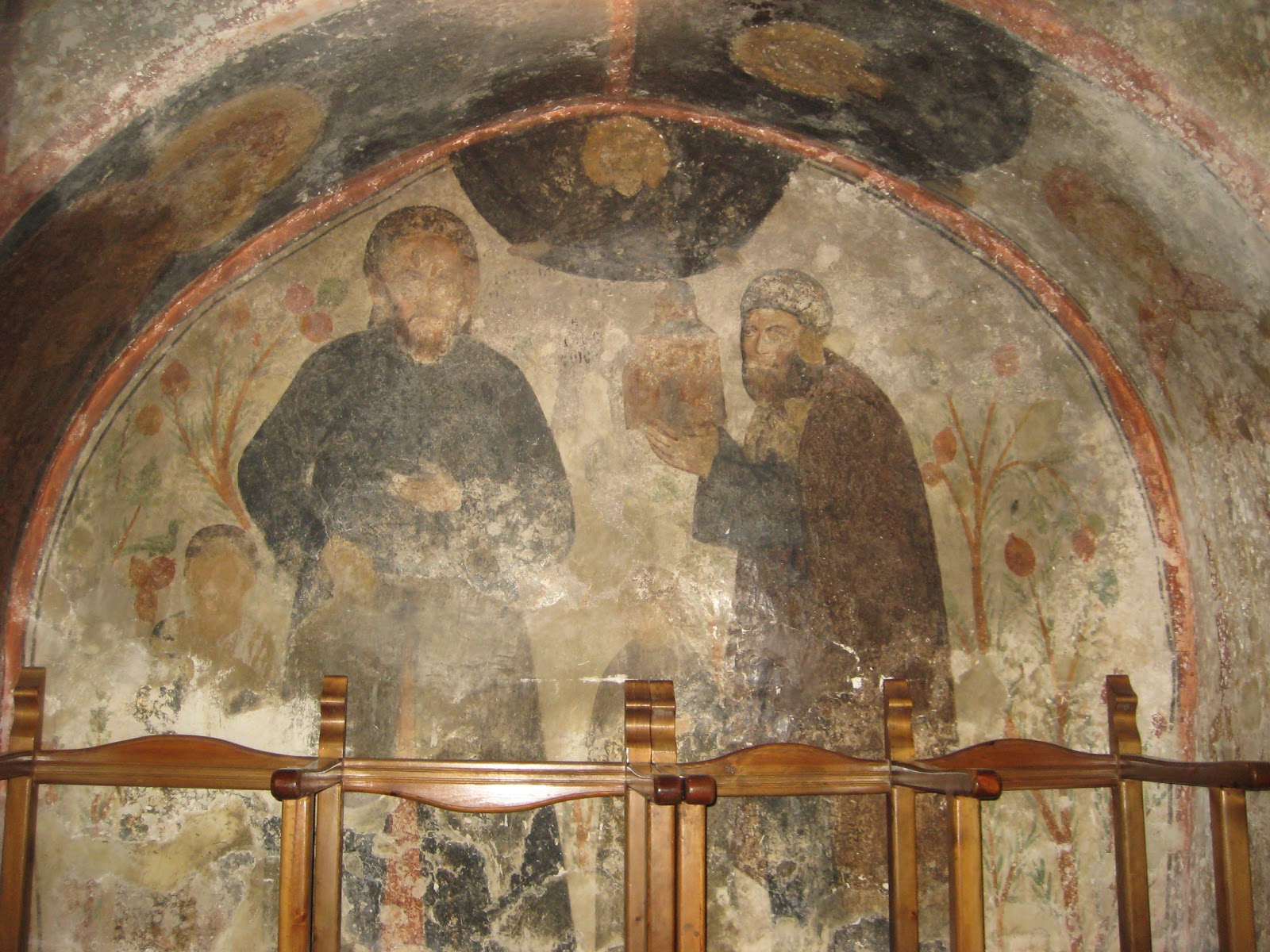 Orthodox churches within the Medieval Town that officiate as parishes

Is located at the namesake street in the Medieval Town of Rhodes. It was built in the 13th century A.D. It’s cross shaped and the interior is adorned with wonderful frescos. It officiated as a mesgit (small mosque) during the ottoman occupation. There is no known testimony for its name before the ottoman period. The interior was preserved in the 20’s by the Italian Archaeological Service. After the World War II, Greeks took over the church. In 1946 the church was inaugurated and dedicated to Agios Fanourios. This church officiates today. The worship of Agios Fanourios seems to have started from Rhodes and then expanded initially to Crete and then to the rest of the country. Different sources cite that, while workers were digging outside the southern walls to collect building materials, they uncovered the ruins of a church. Among other things, an icon was found depicting Agios Fanourios wearing a military uniform and surrounded by scenes of his martyrdom. Obviously that icon was part of a fresco. Agios Fanourios’ first miracle was the liberation of three Cretan priests from pirates while transferring a copy of the archetypal icon to Crete.

Christians show their great respect for Agios Fanourios by baking a traditional cake dedicated to him, the “Fanouropita”. The cake is usually small in size and round and is made of flour, sugar, cinnamon, oil, sweet red wine and orange juice. All ingredients are mixed together and placed in a round girdle, baked at medium temperature. With the pie, Christians ask Agios Fanourios for his help in recovering a lost object, a lost case, health problems etc. According to tradition, Agios Fanourios mother was a sinner. She was cruel to poor people. That’s the reason, according to the myth, she went to hell. Her son tried to save her but she was too evil. Worshipers bake these cakes and ask God to Forgive her. After the cake gets blessed, it is shared around the neighborhood. Agios Fanourios church celebrates on August 27th .

The church is located on the northeast end of the Medieval Town,near Agia Ekaterini’s Gate. It was built after the first siege from the Ottomans on July 27th (day of the churches celebration) 1480 A.D. It seems that this church was not turned into a mosque during the ottoman period. According to Allert Gabriel’s narrations, who visited the island of Rhodes in 1923, the church was being used as a residence by Jewish families. Later on, unknown exactly when, the Italians repaired the building and used it as a customs office. Later on, the British used it as a police station. After the World War II it was a shelter for refugees. During one of his visits, the Metropolitan bishop of Rhodes realized that the shelter was actually an old temple. In cooperation with the Archaeological Service, he started the restoration of the church, which was consecrated on April 25th 1948 A.D. and officiates till today.